What is Medical Malpractice? 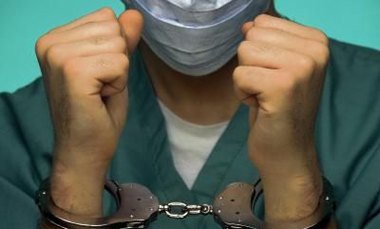 “Medical negligence or professional negligence by act or omission by a health care provider in which the treatment provided falls below the accepted standard of practice in the medical community and causes injury or death to the patient.”

Like any other professional discipline, basic mistakes sometimes occur and medical negligence can be to blame in certain instances. Medical malpractice is a very serious matter that has the potential to end a medical career. If a doctor or other medical professional makes a minor error, or if a patient simply feels unsatisfied with a doctor’s bedside manner, the appropriate definition of medical malpractice is not likely to have been met.

The following medical malpractice statistics have been gathered by a few different medical and insurance organizations throughout the US:

Medical Malpractice Claims Highest in the Area of Obstetrics

A medical discipline with a notably high malpractice rate is obstetrics – doctors who specialize in pregnancy and childbirth. During the prenatal period malpractice issues sometimes include a failure to detect birth defects or a failure to timely diagnose dangerous health conditions in the mother.  Malpractice associated with childbirth can also involve a failure to order a timely cesarean delivery or the negligent use of forceps or vacuum. During labor and delivery, a newborn could suffer a number of physical injuries, including damage to the cranial nerve, brain, spinal cord, bones, muscles, ligaments or intra-abdominal injuries.

If the obstetrician or medical professional is not prepared to act or make a quick decision, simple childbirth complications can quickly develop into catastrophic issues. If the risks are too great, the obstetrician must determine whether a cesarean delivery should be performed. Some common causes of birth injuries sometimes linked to medical malpractice lawsuits include: