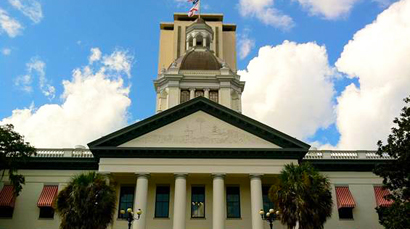 For 20 years or more, giant corporations have been waging the political equivalent of open warfare on the American Civil Justice System. Using the misnomer of ‘tort reform’, corporations have funded the United States Chamber of Commerce and other similar groups with billions (with a B!) of dollars to create a campaign of deception and misinformation to convince state and national legislatures to limit, and in some states cripple the civil justice system that Americans have counted on for generations.

No responsible attorney who honestly cares about the rights of his current and future clients who have been horribly injured through the negligence of others could ever just sit on the sidelines and watch this happen without fighting back. That resistance occurs through the American Justice Association, and various statewide and local trial lawyer associations, such as the Florida Justice Association.

While it is true that there is, inevitably, a degree of internal politics and self-promotion going on inside some of these organizations, the fact remains that they are the last best defense for people who need to preserve their right to recover damages from the people who have injured them, and their insurance companies. Because of this you should expect that any national class attorney will be very active in these organizations.

Swope, Rodante has, of course, been extremely active in the Florida Justice Association, with several partners having held positions including director, executive committee member, and chairs of the bad faith and membership committees. Mr. Swope writes a regular monthly column in its journal, and received the Mickey Smiley Award for Mentorship of Young Lawyers, and the Victor Tipton Award for Excellence in Legal Writing. Three of the four partners have received Crystal Eagle Awards for lifetime support of the FJA and its programs.  Three of the partners have been president of their local Trial Lawyer Association, and Mr. Swope, who in fact first conceptualized the Tampa Bay Trial Lawyer Association, was its incorporator and held the presidency for 2 and a half years while the fledgling organization got its start.

Similarly, two partners in the firm hold the office of President and Secretary in the Taxpayers against Insurance Bad Faith. This organization has hundreds of individual and small business members, organized to stop the repeal or modification of the laws that hold insurance companies accountable for their worst misconduct.

We are deeply committed to the cause of our clients in both the courthouse and the statehouse of legislatures who make it impossible to win justice for clients who most desperately need it.