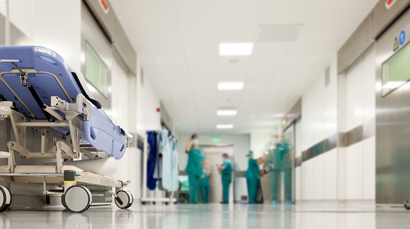 You have a right to recover for all of the medical expenses related to your care. You think it would be pretty easy to recover for your past medical expenses, but third party payers make things more complicated. A third party payer is anyone that pays the medical provider for their healthcare services, such as private insurance company or Medicare. These third party payers are a lot more powerful than you, the individual consumer, and are able to get much better healthcare rates than you ever could. This results in third parties paying less than what is usual or customary. As a result, if you are unable to pay your medical bills, the medical provider may file a lien against you at the third-party payer rate. While this lien may look better because it seems like you owe less than what you would owe if you didn’t have a third party involved, the lien doesn’t reflect the total amount of what your treatment actually cost. As a result, the participation of the third party payer reduces the total amount that you can recover for your expenses.

Due to your injury, you may not be able to work. Or if you can work, you may not be able to return to your old job and earn the same amount as you did before your accident. This reduction in your income is part of your total damages, and you can recover all of the past income you would have earned to date but for the tortfeasor’s conduct.

You can also recover for the total amount of the income you would have expected to earn in the future but for the tortfeasor’s actions. This loss of future earning capacity can be awarded where injury has permanently limited your ability to reach your full wage earning potential.

Lost wages are the actual values of what you were earning at your job before you were injured. For example, if you were earning $35,000 a year as a store manager, it’s pretty easy to show that you would have continued to earn $35,000 a year if you weren’t in an accident. But your lost wages do not show what you could have earned if you weren’t injured. Perhaps you were about to be promoted to a district store manager making $45,000 a year. Or you were about to graduate from college and take a job making $75,000 a year. These salary differences show your earnings ability or earnings potential. This earnings potential applies even if you were unemployed when you were injured. It is important to consider your earnings ability as part of your future estimated damages so you are able to recover the complete amount of your damages from the tortfeasor.

Your injuries are more than medical bills and lost earnings. We recognize that you are also suffering from intangible, but equally significant losses, and you are entitled to recover from these enormous mental and emotional burdens.

• Pain and Suffering
• Consortium Losses
• No Reduction to Present Value

There is nothing more devastating in life than the unexpected death of a loved one. You may be feeling a range of emotions, including sadness, grief, anger, and anxiety about mounting medical and funeral bills.

It is important for you to be aware that, in Florida, you may be entitled to recover for the losses that you sustained as a result of the tortfeasor’s actions.

It is important to seek the guidance of an attorney to determine whether you may have a claim against the person who caused your loss. We are committed to your right to seek justice and compensation for the death of your loved one.