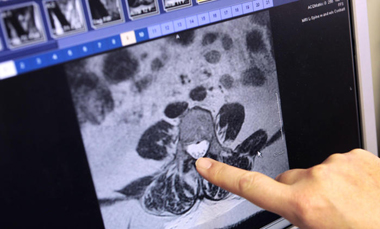 On December 24th, 2013, LawyersandSettlements.com reported that a $100 million settlement had been reached between a compounding pharmacy allegedly responsible for a massive fungal meningitis outbreak last year and the affected victims and their families.

Paul Moore is the designated trustee of the now bankrupt New England Compounding Center, the named defendant in the lawsuit. Moore voiced his support for the preliminary settlement agreement by saying:

“We are pleased that a significant amount of funds will become available for distribution to victims and their families as compensation for the deaths, injuries and suffering they endured as a result of this tragic meningitis outbreak.”

Moore told members of the media that if the settlement is approved, it will also be used to pay the pharmacy’s creditors.

In late 2012, the nationwide meningitis outbreak effected over 700 people, with a total of 64 patient deaths in 20 states, the Centers for Disease Control (CDC) reported. As the settlement was announced, the pharmacy’s owners issued their own statement denying any liability or wrongdoing, but that they wanted to play a major role in establishing a fund for the victims who died or suffered “as a result of this tragic outbreak.”

Last year, a steroid meningitis outbreak in 10 US states prompted a recall on September 26, 2012 by the manufacturer, the New England Compounding Center (NECC). When the recall was issued, 469 patients had been infected and 33 had died as a result. The Tennessee meningitis outbreak involved more reported cases than other states, with about 1,000 patients exposed to the contaminated steroid. By October 17, 2012, as many as 14,000 patients had potentially received contaminated steroid injections from the company.

Other Cases and Possible Contamination

Compounding pharmacies provide custom-mix solutions, creams and other medications in doses or in forms that aren’t generally commercially available.

The NECC, a compounding pharmacy formerly based in Framingham, MA, said the recall was a cautionary move to prevent any risk of contamination and that there is no indication of any other products being contaminated.

The NECC recently settled a wrongful death lawsuit alleging it produced a tainted injection that killed a male patient. The patient’s death was caused by a different form of meningitis back in 2004, according to an article in the Boston Herald (Oct 10, 2012). The 83-year-old patient died nearly 18 months after receiving a shot produced by the NECC.

Meanwhile, Ameridose LLC, another drug company based in MA run by the same owners as NECC, has temporarily stopped its compounding and manufacturing operations while regulators inspect its facilities. Earlier this year, Ameridose was accused by a business customer of failing to separate sterile and non-sterile products in its warehouse.