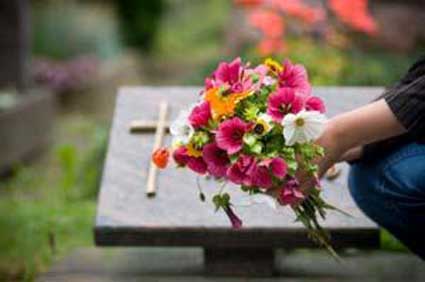 In the last week of March, a Peoria County (Illinois) jury reached a wrongful death verdict in favor of a widow and her surviving children to the tune of $1.6 million. The award was granted in connection with the death of her husband four years ago.

The award is believed to be one of the largest in Peoria County in regard to a medical malpractice lawsuit. The jury reached its verdict following a three-week trial before Circuit Judge Scott Shore. The jury deliberated for a total of 10 hours spread over three days before finding Dr. Rajesh Balagani and OSF Saint Francis Medical Center liable for the death of Donald R. McIntyre in September 2009.

However, the jury did not find any of the employees of St. Francis or a resident negligent in direct regard to McIntyre’s care. The widow’s attorney, James Carter, said:

“This man was a fine father, teacher and companion. He was the rock of his family and they would gladly give up 10 times what the jury awarded to have him back. Unfortunately, the practice of medicine has become part of the capitalist process. And the only way to punish is to make some people responsible for their actions.”

The case was based the treatment of McIntyre, who was admitted to St. Francis on September 6th, 2009. He was diagnosed with autoimmune hemolytic anemia, a condition where the body begins to destroy its own red blood cells. The condition severely restricts the amount of oxygen distributed to cells and tissue throughout the body.

Carter stated the common treatment consists of a blood transfusion and a regimen of steroids. This treatment wasn’t properly administered, he claimed, noting McIntyre received only two units of blood, which wasn’t nearly enough to stabilize him. The 48-year-old man went into cardiac arrest on September 8, 2009, and subsequently died in the early morning hours the next day.

“As to the allegations against OSF employees, we agree with the jury’s verdict that our employees were not negligent. As to the finding against our co-defendant, and the finding that OSF was the apparent principal of Dr. Balagani, we will be reviewing all available options for final resolution of this matter.”

In most states, including Florida, wrongful death lawsuits and settlements are often linked to a few relatively common causes and contributing circumstances: