New Concussion Research: A first-hand look at the Brain at the Point of Injury 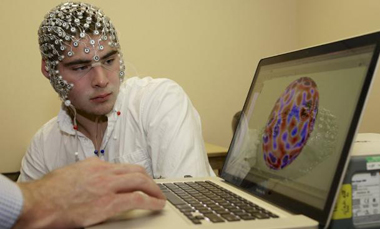 Although concussions are common, the full effects of this more mild type of traumatic brain injury have been difficult to identify. Recently, using a newly developed mouse trauma model, researchers from the National Institutes of Health (NIH) discovered the brain’s protective coverings may respond to impact more dramatically than previously thought, while brain cells mount an immune response to prevent more widespread damage.

Before we delve into the NIH’s findings, let’s take a quick look at how the new mouse trauma models helped get them there. Until very recently, the brain has been notoriously difficult to study in relation to concussions because it is so well protected. The skull acts as a thick barrier, but several layers of membrane also surround the surface of the brain to keep out unwanted molecules. This design has stunted concussion research for years.

When laboratory researchers remove the skull of a concussed animal to inspect the brain, they disturb the protective membranes. Removing a skull produces a separate physiological response from the brain’s reaction to a concussion. However, scientists have discovered a way around the problem. They thinned down the skull of laboratory mice to the thickness of a human hair, which enables a microscope to see through it and into the brain.

In a study published early in December, scientists were able to capture real-time images of what happens to the brain immediately after injury, which hadn’t been done previously. As theorized, they observed the protective membranes that surround the brain being torn during impact. Unwanted molecules were allowed to leak into brain tissue, the most significant being free radicals. Free radicals play a role in the inflammatory response of healthy tissues after any injury. However, too many free radicals cause cell death (apoptosis) and tissue damage. Dorian McGavern, Ph.D., of the National Institute of Neurological Disorders and Stroke (NINDS), stated in a press release:

“It was surprising to discover that all these protective barriers the brain has may not be concrete, you can get something to pass through them.”

For their study, the research team first examined a group of human subjects who had recently suffered a concussion – but whose initial scans did not indicate any physical damage to brain tissue. After externally applying an inert dye, the research team watched as it leaked into the meninges, the outer covering of the brain, in 49 percent of 142 total patients. They observed how the intact skull bone was porous enough to allow small molecules to pass through to the brain and how smaller molecules were able to reach the brain much faster than larger ones.

The research team observed high levels of reactive oxygen species (ROS) flooding the trauma site immediately after the (simulated) brain injury occurred. The massive accumulation of ROS triggered a chain reaction that led to cell death in the brain. As a potential remedy, the scientists applied glutathione (an antioxidant that is normally found in the body’s cells) directly on the skull surface after a brain injury was induced. Glutathione works by decreasing the levels of ROS molecules, effectively reducing the damaging effects they can cause. The team found that when they applied glutathione immediately after injury, it reduced the overall amount of cell death by 67 percent. By comparison, cell death was reduced by 51 percent when administered three hours after the initial injury. McGavern said:

“This idea that we have a time window within which to work, potentially up to three hours, is exciting and may be clinically important.”

Next, the scientists filmed what occurred just beneath the skull’s surface within the first five minutes after injury and effectively recorded never-before-seen details of a brain’s response to TBI. First, cell death occurred in the meninges and at the glial limitans (the slender barrier at the surface of the brain that is the last line of defense against incoming, dangerous molecules). They also found that further cell death did not occur in the underlying brain tissue until nine-to-12 hours after injury. McGavern explained:

“You have death in the lining first and then this penetrates into the brain tissue later.  Still, almost immediately after head injury, the glial limitans begins to break down and develops holes, providing an entry for potentially harmful molecules to get into the brain. The researchers observed microglia (immune cells that act as first responders in the brain against dangerous substances) quickly ascend to the outer surface of the brain in order to seal the holes. These reactions … help secure the barrier and prevent toxic substances from getting into the brain.”

Earlier studies have suggested that the body’s immune responses often lead to severe damage in the brain, similar to secondary damage that takes place after a spinal cord injury. By comparison, the current findings show how a natural inflammatory response to mild traumatic brain injury is actually beneficial during the first nine-to-12 hours after injury – but not necessarily in the time beyond that point.

Researchers also noted that while the brain did send an injury response to heal the torn protective membranes, it didn’t do so until after free radicals had already damaged brain tissue. In fact, free radicals migrated within the brain and caused damage in areas considerably far away from the concussion site.

This new information provided a new opportunity to try a treatment approach. Since free radicals seemed to contribute to brain damage, researchers targeted them for destruction using antioxidants.

The fact that antioxidants saved brain tissue in mice within a specific time window was exciting news. This research is still ongoing, but it shows promise that clinical intervention has the potential to protect brain tissue after an injury.

Possibly in the near future, football players might be given an antioxidant patch to combat potential brain damage after sensors are triggered warning coaches or medical staff of a hard hit.