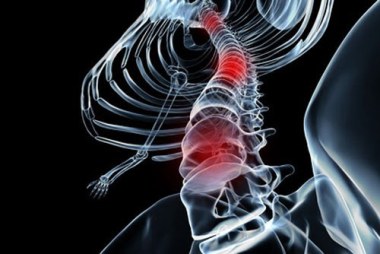 Jerry Silver, a neuroscience professor at Case Western Reserve University, has assisted in designing a drug that has given paralyzed rats the ability to use their formerly defunct bladder. In some cases, a rat has even regained movement in its legs.  These improvements have occurred because the administered drug regenerates nerves in the spinal cord, by process of releasing the nerve fibers trapped in scar tissue after a severe spinal cord injury.  Although the drug has yet been tested on human subjects, Jerry Silver believes he may have something that could prove undeniably useful for modern medicine.

Research that led to the creation of this drug started as far back as the 1980s.  At the time, many scientists had been deeply interested in studying nerves, asking questions such as why nerves grow where they do.  Silver thought along a more divergent path, questioning why nerves don’t grow in certain areas.

Silver figured the body must produce a substance that acts like a sort of guardrail – preventing nerves from going where they are not supposed to. And after about five years of searching, he found a substance in cartilage called a proteoglycan that could redirect a growing nerve. Silver’s team published their finding in the early 1990s. “Nobody believed it,” he says.

When Silver realized that the proteoglycan he previously discovered played a major role concerning spinal injuries and paralysis, he finally began to gain some recognition in the science community; even though he made his initial discoveries ten years prior.  Several years ago, Silver and Harvard biologist John Flanagan demonstrated that proteoglycan interacts with severed nerve fibers, essentially gluing the fibers and scar tissue together.

That got Silver thinking about people who are paralyzed because of damage to nerve fibers in the spinal cord. “You’ve got an untapped source of nerve fibers,” he says. “Thousands upon thousands of them, you know, sitting around just waiting to be released.”

Silver then thought if he could figure out a way to release the trapped fibers, the nerves might regenerate.  Next, Silver and his team designed a drug freeing nerve fibers in a petri dish, which led them to their tests on rats with spinal injuries. The rats did not react in a positive way to the daily injections, and Silver and his team stopped the experiment.  Yet after a few weeks, the rats that had underwent the testing started to improve.

The injections freed the trapped nerve fibers, which began growing. But it didn’t fix the problem the way Silver and his team initially thought. The severed nerve ends were not reconnecting. Instead they were sprouting all over the place. All this new growth was flooding the spinal cord with the hormone serotonin.

It was this new supply of serotonin that was helping the rats function by amplifying the signals carried by nerves that were still intact. “If you have lots of extra serotonin in the spinal cord those few nerve connections that are just a whisper will become a roar,” Silver says. “And you can get function back really nicely.”