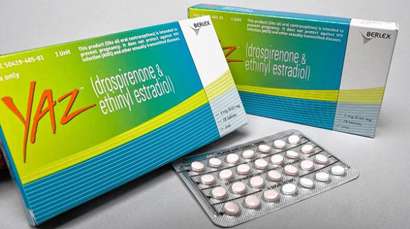 A tort, derived from the French word for wrong, is an injury to a person where the person who caused the injury has legal responsibility [civil liability] for the harm. According to Nolo’s Plain-English Law Dictionary, a mass tort is a tort that causes injury to many people. For example, if toxic emissions from a factory cause injury to a whole community, it may be a mass tort.

Mass torts are different from singular torts in that they may be consolidated due to their similar attributes based on injuries arising from the same harm to save the court money and time. If a large company knew or should have reasonably known that they’re manufacturing process could be dangerous, but doesn’t do anything about it, they may be liable for a mass tort. The parties injured through unsafe products or toxic conditions may be able to recover financial compensation for damages such as medical expenses, disability, and pain and suffering.

You may have seen television commercials to join class actions or mass tort cases after a product has been recalled, which may sometimes lead to confusion about the difference between the two. Mass torts may end up being tried individually if they don’t meet the requirements for class action, see class action practice area, which may not be met if the damages are unique.

According to the Advisory Committee Note to the Federal Rules of Civil Procedure, Rule 23: Class Actions, a “mass accident” resulting in injuries to numerous persons is ordinarily not appropriate for a class action because of the likelihood of variations of damages and liability. Instead, a class action would likely degenerate in practice into multiple lawsuits separately tried.

Under the Federal Rules of Civil Procedure 20, which lays out the procedural requirements for joinder or mass torts, the plaintiffs or defendants must show that actions arose out of the same event or series of events and that question of law or fact are common to all parties.

Claims for mass torts may be consolidated in state courts or in U.S. federal courts as multidistrict litigation, also known as MDL, which may happen if a product recall results in a lawsuit, and the people who were injured by the product are living in areas that are spread out across the map.

The advantage of class actions is that there may be power in numbers to prove harm, but in certain circumstances where the culpability is clear, the plaintiffs may benefit from mass tort cases where they may be able to win higher individual awards by keeping their individual suits.

At Swope, Rodante P.A., our attorneys have experience handling cases involving massive and catastrophic harm. If you would like to speak with one or our representatives to help you navigate through the complexities of mass tort litigation, please contact us.