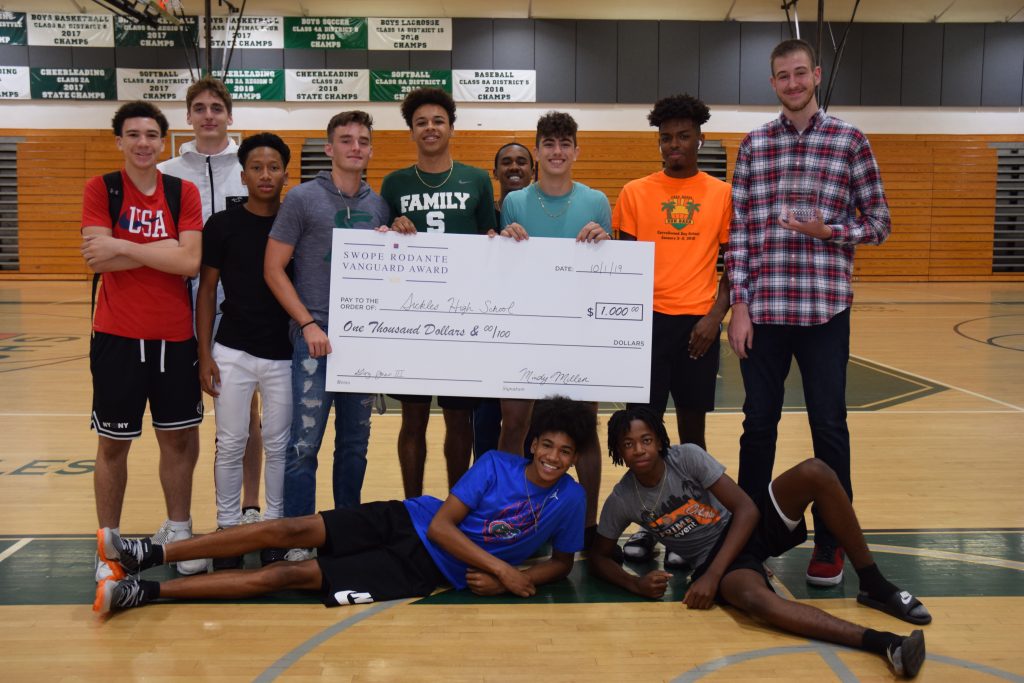 Congratulations to Gary Jones III on being selected as September’s Swope Rodante Vanguard Award winner. Swope, Rodante Partner, Mindy Miller presented the award in front of a gymnasium filled with Gary’s teammates and peers at Sickles High School. A kind and focused young man, Gary has excelled academically, earning a 4.75 GPA while also garnering recognition for his athletic ability. A leader on his Basketball team, Gary has averaged 10 points and 7 rebounds per game. His outstanding athletic performance has helped him to gain entrance into ten Elite Basketball camps and Scholarship interest from five Division I Schools. At the same time that Gary excels academically and athletically, he has also prioritized giving back to the  community, serving as a camp counselor for church camp and basketball camps and volunteering with Feeding America Tampa Bay and Sickles High School School’s Beautification Program.

One of the aspects the Swope Rodante Vanguard Selection Board looks at when evaluating student athlete nominees is their ability to overcome adversity. Standing at 6’11”, people may see Gary as an intimidating person but it has not always been that way. From his early days in daycare all the way through middle-school he has been a target of bullying. While in the midst of being bullied he did not see how anything positive could come from it, yet in the long run it actually has made him stronger. He uses these memories as motivation for him to work harder in life and to stand up for those who can’t stand up for themselves. 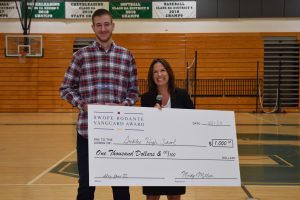