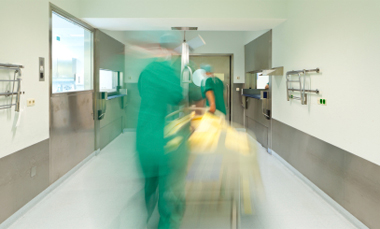 Recently, the Second District made it clear that the trial court is required to give a Stuart v. Hertz instruction when the defense offers evidence that the plaintiff’s doctor provided treatment which worsened, or could worsen, the plaintiff’s state. See Pedro v. Baber, 83 So. 3d 912 (Fla. 2d DCA 2012) and “Tips for Auto Practitioners,” Issue #559, March/April 2012. One basis for this rule is that the subsequent malpractice is a consequence of the original tort that should be borne by the negligent defendant who caused the injury that required the treatment.

Three defense experts claimed that the plaintiff’s back surgery was not necessary and “didn’t make any sense.” The defense also implied during closing that the surgeon was motivated by his large fees and had purposefully rigged a discogram to justify the surgery..

The trial court gave two special instructions, essentially saying (1) any damages the plaintiff incurred from treatment she sustained due to the accident would be regarded as caused by the defendant’s negligence (under Stuart v. Hertz, 351 So. 2d 703 (Fla. 1977)) and (2) the question of necessity of treatment is to be viewed from the plaintiff’s perspective (under Dungan v. Ford, 632 So. 2d 159 (Fla. 1st DCA 1994)). However, after the verdict, the court second-guessed its instructions and ordered for a new trial.

The Fourth District reversed, making a distinction between a permissible defense that the accident did not cause the plaintiff’s treatment and an impermissible claim that the treatment was inappropriate or unnecessary.

Allocation of Time for Legal Fees

Plaintiff’s counsel, who prevailed on a consortium claim and beat a PFS, said he could not itemize the amount of time spent on the consortium claim because it was inextricably intertwined with the personal injury claim.

The Second District didn’t believe that because the plaintiff failed to meet his burden: (1) of allocating his attorney’s fees to his consortium claim; or (2) establishing that the issues were so intertwined that allocation was not possible. The court did not say joint time was never recoverable, only that the plaintiff was entitled to fees for time specifically allocated to the consortium claim. Blanton v. Godwin, So. 3d , 37 FLW D1812g (Fla. 2d DCA Aug. 1, 2012).

The defense demanded a continuance based on this “dramatic change” caused by the plaintiff reducing her claim, and also complained that the trial court’s omission of the collateral matters regarding the plaintiff’s alleged misrepresentations about the claims she had originally asserted but later dropped. It is almost as if insurance companies don’t know what to do at trial if they can’t call the plaintiff a liar and a fraud. The appellate court affirmed the rulings for the plaintiff. Health First, Inc. v. Cataldo, So. 3d , 37 FLW D1551c (Fla. 5th DCA June 29, 2012).

The Cataldo court also upheld a fee award where the plaintiff served two separate, identical proposals for settlement on the two defendants, even though each PFS promised to release both defendants if the offer was accepted.

However, courts do get queasy when a plaintiff “conditions” acceptance of his PFS on a release and then fails to attach it.

In Lyons v. Chamoun, So. 3d , 37 FLW D1518a (Fla. 4th DCA June 27, 2012), the court found the failure to attach a release was a critical ambiguity because the PFS failed to define the parties included. This term was essential for the defendant owner of the vehicle because he was responsible for the defendant driver’s negligence under the dangerous instrumentality doctrine.

Lyons serves as yet another example of why the drafters of Rule 1.442 need to get rid of non-monetary conditions in proposals for settlement.

The car crash is the sole “occurrence” under the applicable homeowner’s policy where minors drink and drive after a house party and are killed as the result of the same tragic car accident. See Citizens Prop. Ins. Corp. v. Cook, So. 3d , 37 FLW D1726b (Fla. 5th DCA July 20, 2012).

The defendant corporation appealed the trial court’s denial of its motion to implement a settlement agreement. The defendant previously served each of the three plaintiffs separate offers of judgment, and each plaintiff had filed and served written notices of acceptance. Part of the offer directed the defendant to pay the settlement funds “within twenty (20) days of delivery . . . of a duly executed acceptance of this offer of judgment.”

When the defendant finally offered payment 152 days after the plaintiffs served their written notices, the plaintiffs refused the checks because the payments were not made within the time period set in the offers. The trial court agreed, finding the offers of judgment needed to be strictly construed.

The Fourth District held otherwise in Cirrus Design Corp. v. Sasso, So. 3d , 37 FLW D1718a (Fla. 4th DCA July 18, 2012). The court reasoned under the law of contracts the offer itself stated in a separate clause that acceptance had constituted satisfaction. Therefore, it was the plaintiffs’ acceptance of the offers, not the defendant’s subsequent performance, which resulted in accord and satisfaction of the tort claims.

Naturally, the majority did not explain what the plaintiffs needed to do or how long they had to wait before they could seek a remedy under contract law. As Judge Polen pointed out in his dissent, the plaintiffs expected to receive this money within 20 days after they settled their claims. If the 20 day clause was ineffective, then the defendants could have taken 1,520 days or 15,200 days to pay. Why would a plaintiff ever decide to settle when there is nothing requiring the defendant to make a timely payment?

In Heartland Express, Inc., of Iowa v. Torres, 90 So. 3d 365 (Fla. 1st DCA 2012), the First District held that deposition questions concerning the preventability and cause of the auto accident were protected work product because the answers to those questions were gathered by the defendant’s risk manager during an investigation conducted in anticipation of litigation.

If the plaintiff chose to investigate the circumstances of his accident, the plaintiff would be afforded the same protection as Heartland. Otherwise, this case is nothing more than another one-sided ruling that hinders a plaintiff’s right to fair discovery in a negligent act.

The plaintiff wanted the defendant’s post-accident treatment records from a substances abuse treatment facility, arguing the defendant waived his psychotherapist-patient privilege under section 90.503(4), Florida Statutes, because (1) the defendant’s treatment was court-ordered and (2) that his mental condition was an element of defense.

The Fourth District did not agree and quashed the order compelling production. Section 90.503(4)(b) was inapplicable because the defendant received treatment as a condition of his bond, not as part of a court-ordered examination. Section 90.503(4)(c) also did not apply because a party cannot pierce the privilege simply by raising an argument that makes the opposing party’s mental health at issue. See Brown v. Montanez, 90 So. 3d 982 (Fla. 4th DCA 2012).

Florida’s PIP Statute Does Not Include All Medicare Provisions