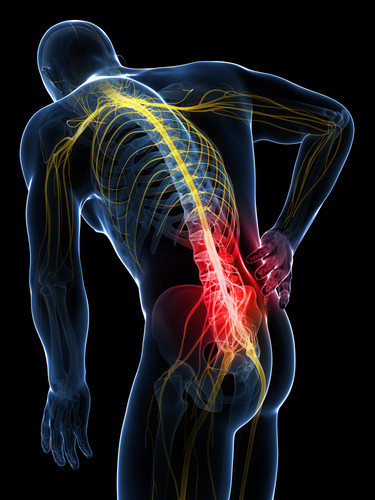 Calven Goza, 26, has been paralyzed for two and a half years. Over the length of his paralysis, Calven hoped time and again that new procedures conjured up by scientist would assist him in moving his dormant legs. Finally, with the help of researchers at the University of Louisville, Calven on December 5 moved his legs for the first time since his spinal cord injury.

Calven Goza suffered a severe spinal cord injury after a road accident with drunken driver, which left him completely paralyzed from the waist downwards. He never expected to move the lower half of his body ever again. Luckily, he was chosen by a research team at the University of Louisville to receive treatment for a cutting-edge procedure that strides to help paralyzed people move their legs again. Eventually, after two hours of treatment, Goza finally felt sensation in his legs and could even slightly move them.

For the duration of the treatment, Scientists would send jolts of electricity to receptors surgically implanted to Goza’s spine. There had been sensors wired along his leg to measure the activity within him, and on his toe they placed a ring with a string. The goal for Calven involved pulling that string, an illuminating sign that there was some sort of activity in his legs. For two hours, the researches sent shockwaves to the electrodes in his spine with nothing doing, but after the researchers toyed with an array of voltage combinations, configuring the currency and polarity, something occurred. Goza had been able to bend his knee.

“It was pretty awesome,” Goza said. “I questioned it at first: Maybe it didn’t actually happen, and I was just hoping it did.”

Over the remainder of the experiment, Goza moved his legs several times. Now this does not mean that Calven has been completely cured of his paralysis, or even be able to walk again, but this is certainly a step in the right direction. Doctors hope that over the next five years, Goza could potentially walk again, or gain some other functions such as bowel and bladder control. Tests are still on going and admittedly this treatment is still in its infantile stages. The Louisville researchers will test seven more patients over the course of 2015 and are hoping for positive results.