The Top 3 Most Dangerous Sports for Catastrophic injury 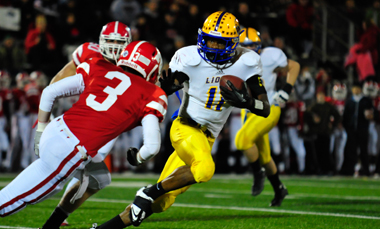 A catastrophic injury is defined by the American Medical Association (AMA) as a severe injury to the spine, spinal cord, or brain, which may also include skull or spinal fractures. This is a subset of the definition for the legal term catastrophic injury. The National Center for Catastrophic Sport Injury Research in the United States classifies catastrophic injuries based on the three outcomes associated with them:

Certain sports and recreational activities are considered among the most dangerous due to a higher probability of players or participants incurring a catastrophic injury, such as a traumatic brain injury (TBI) or spinal cord injury (SCI).

1.       Football: Football is at the top of the list for catastrophic injuries in males of all age groups, according to the 2011 findings from the National Center for Catastrophic Sports Injuries. Youth football players face the highest incidence of TBI and SCI related injuries.

2.       Cheerleading: Although cheerleading is not sanctioned by the NCAA or as an Olympic sport, it still carries risks and is the leading cause of serious injury among female athletes. Cheerleading incorporates human pyramid building, tumbling, flips, and flying through the air. Cheerleaders are more prone to injury than football players, since falls from heights are not uncommon and participants wear no protective gear.

3.       Ice Hockey: Hockey is played by males and females from young ages through college. Allowing physical contact on a slick, hard surface like ice poses a risk for head injuries, despite protective helmets and equipment. A puck is hard and dense, capable of breaking bone at high velocities.