The lawyers profiled in Tampa Style Magazine’s Top Attorneys Edition exemplify a standard of excellence in their profession and by doing so have garnered the respect and esteem of their colleagues.

Lawyers and readers were asked to name attorneys whom they hold in the highest regard or would recommend to others. The reality is that there are a variety of factors that determine the qualifications of a great attorney–and for Dale Swope and Angela Rodante there are certainly are a variety of attributes that make them both so unique.

Dynamic duos are often celebrated in business, and the partnership of Dale Swope and Angela Rodante is no exception. Their working relationship commenced in 1984 and over the decades the 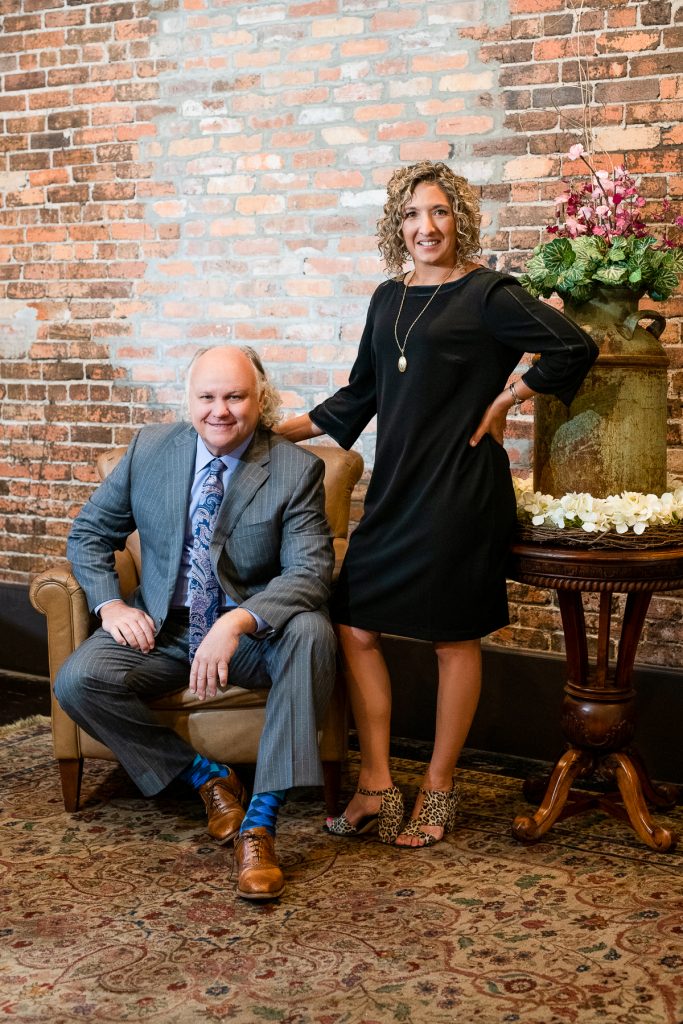 nationally recognized and highly sought-after civil litigators have grown an award-winning law firm with a reputation built upon integrity and excellence. Located in the heart of Ybor City, in a six-story, 19th-century red-brick building, Swope, Rodante P.A. has become known for taking on challenging, catastrophic personal injury and insurance bad faith cases—fighting for the underdog in cases involving large and powerful opponents.

Together Dale Swope and Angela Rodante have received virtually every professional recognition imaginable to lawyers in their field, including Best Lawyers in America, a Superb rating from AVVO, and an AV® Preeminent Rating by Martindale-Hubbell. Dale has been named for inclusion among Florida’s Legal Elite Hall of Fame, and Angela has received the Insurance Lawyer of the Year Award from Best Lawyers and is a top rated lawyer in Insurance Law by Martindale Hubbell. Dale served as President of the Florida Justice Association, an organization dedicated to strengthening and upholding Florida’s civil justice system and protecting the rights of Florida’s citizens. Angela was recently elected to serve as a Fellow of the American College of Coverage Counsel. While these prestigious recognitions are flattering, both would be quick to tell you that none of these ‘credentials’ compare to a simple ‘thanks’ from a client or family that has been helped by the law firm.

That same spirit of service has been woven into the fabric of Swope, Rodante. Repeatedly voted one of the best places to work in Tampa, it is not uncommon to find team members who have been a part of the organization for 10, 20, or even 30 years. The partners’ success has in large part been due to having a deeply motivated, committed and compassionate workforce, as well as a symphony of different personalities and skills.

Partners Dale Swope and Angela Rodante share a few fundamental cornerstones: both are dedicated, detail-oriented, and forward-thinking leaders sharing deep roots in the Tampa community (both born at the original St. Joseph’s Hospital, and graduated from Tampa high schools and USF). Yet while the pair share much in common, they’re also wildly different. Dale is recognized for his visionary, big-picture thinking, while Angela has an uncanny gift for navigating acute details.

Dale and Angela’s partnership dynamic provides the foundation for the firm’s Battle Flag. The flag is artfully comprised of two equal parts red and blue—two right angle triangles combined to make a perfect square (Swope red; Rodante blue), that is waved proudly over the tallest building in Ybor City when the firm has made an exceptional recovery on behalf of one of their clients. The flag is a symbol of the firm’s pride and commitment to ensuring that justice prevails.

Despite the contrast, one thing Dale and Angela undoubtedly agree upon is the necessity of giving back and bolstering the community. Together the pair have co-founded numerous initiatives that significantly impact the Tampa Bay community—from restoring historic buildings and creating affordable housing in Ybor City to creating the Swope, Rodante Vanguard Award which, founded in 2011, has poured close to $100,000 back into Hillsborough County Public Schools by recognizing outstanding student athletes who have overcome adversity. The pair also founded the Swope, Rodante P.A. Award for Service to the Catastrophic Injury Community which grants two award recipients $2,500 each year.

The number of lives they have touched is staggering, but what’s perhaps even more remarkable is the truly unique friendship and loyalty the pair have cultivated over the course of more than 35 years that extends to fellow partners, team members, clients and community. With a shared passion for positively impacting the community and a deep emotional investment in improving the lives of clients who have been wrongfully injured, together the team continue to build upon a strong and inspiring legacy.

Click here to view their story in Tampa Style Magazine.