Are Trucks and SUVs Less Safe than Cars? 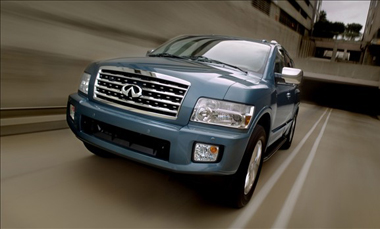 Over a decade ago, as SUVs grew increasingly in popularity, a researcher with Lawrence Berkeley National Lab (Berkeley Lab) paired with a researcher from the University of Michigan in a unique risk analysis study which revealed that, contrary to conventional wisdom, vehicle quality is a much more significant safety factor than weight for the drivers of vehicles involved in a crash. Over the past decade, this fact about vehicle quality and construction has been proven and reinforced time and time again across all makes of automobiles.

Studies have Shown Trucks and SUVs are Less Safe than Cars

According to a report entitled, “An Analysis of Traffic Deaths by Vehicle Type and Model,” prepared by the two researchers, Tom Wenzel, an energy analyst with Berkeley Lab’s Environmental Energy Technologies Division, and Marc Ross, a professor in Michigan’s Applied Physics Department, the duo found:

“Most cars are safer than the average sports utility vehicle [SUV], while pickup trucks are much less safe than all other types. Minivans and import luxury cars have the safest records.

Wenzel and Ross’ research concluded that SUVs are no safer for their drivers than the average midsize or large car and provide only marginal safety advantages, at best, than many of the most popular compact and subcompact car models. Pickup truck owners are at an even greater risk than drivers of SUVs. When combined risk is considered, SUVs and pickup trucks are revealed to be significantly more dangerous than just about any car.

Sport utility vehicles (SUVs) have been criticized for environmental and safety-related reasons since they became more popular in the early 2000s. Many of the long-standing safety concerns, such as higher rollover risks, have been addressed by the fitment of stability control systems (ESC), rollover mitigation, and other design actions.

A high center of gravity makes any vehicle more prone to rollover accidents than lower vehicles. This is particularly true in any case where the vehicle leaves the road in an accident or during emergency maneuvers. Figures from the US National Highway Traffic Safety Administration (NHTSA) show that most passenger cars have roughly a 10% chance of rollover if they’re involved in a single vehicle crash, while SUVs have between 14% and 23% – depending on make and model. Many modern SUVs are equipped with electronic stability control (ESC) to prevent rollovers on flat surfaces. However, 95% of rollover accidents are “tripped” – meaning the vehicle strikes something low, such as a curb or shallow ditch, causing it to tip over after it had already begun skidding or sliding.